We got the RadioPopper PX system for our studio back in November of 2009. They were primarily purchased for use at the weddings. We used them for the last couple weddings of 2009 and all the ones in 2010. Now that we’ve had time to completely incorporate/adapt them and the 580 flash units to our event shooting work, I thought I’d post my thoughts.

A little history of my lighting efforts/configurations

Prior to getting the RadioPoppers for my Canon flashes, I’d used a variety of lights for my weddings. Back in the film days (yes, the prehistoric times), we used the Norman 400B, a pretty hefty battery and bare-bulb flash unit. Plenty of power and great quality of light via the bare-bulb flashtube. But way too heavy, and to need that giant battery for each light is unmanageable for our location needs. And with only 50/100/200/400 ws settings, not a  lot of precision for integrating with the existing light of the scene. But, as I say, those were the film days, using cameras like the Hasselblad, where the main goal was simple, clean/even lighting. And the non hot shoe flashes were always for formal/set-up portrait sessions. All the candids/action/dancing shots requiring flash were done with hot shoe flashes on my Canon cameras. During that period, I often would bring the Norman as well as my DynaLite AC-powered system. This gave me the option of studio-type lighting at, for example, the bride’s house at the beginning of the day, as well as the Norman/battery-powered option for the altar posed. With the transition to digital, I didn’t need as much power. And didn’t want to deal with AC power (cords, tape, setup/breakdown etc) at all. Even the earlier digital cameras allowed shooting at relatively high ISO settings. So I switched to the Quantum QFlash system. I shot with a 2-light kit. This allowed me to not even bring my DynaLite system anymore. A lot less gear to bring along! The QFlash gave out a max of 150ws and, with the bare-bulb flashtube, looked good in a softbox or with the custom cucoloris discs we made. It’s a very well-designed and 100% reliable and modular system that also allows for very fine control of the power–by the method David Hobby describes as the “voice-activated-lightstand”. A hand-signal system is needed. Or, more likely, you set it and forget it. Also, another drawback of the QFlash is that you are limited to the camera’s maximum sync speed, typically about 1/200s. This makes low depth-of-field shooting with fill-flash outdoors problematic.

I sat on the sidelines for most of 2009, hoping that PocketWizard would bring out/resolve their competing product to the RadioPopper PX system. I’d been a fan of the PocketWizard MultiMax wireless triggering system and own a bunch of them from the QFlash/DynaLite era. I still bring the MultiMax units to my weddings for remote camera shots. There seemed to be a bunch of technical problems with PW’s system at that time. I hear from other photographers that now PocketWizard has it together, but let’s get back to the exciting times of Fall 2009. With the introduction of the Canon 5DmkII and 1DmkIV, shooting at very high (1600) ISOs became a reality, even for formal posed shots. This means that you don’t need a lot of flash power and therefore can use a flash like the 580exII for everything. On top of that, the more integrated to/not overpowering the existing lighting, the better. Far from having too little power, often the failure of strobes is that they are too powerful and the result is clumsy/cheesy-looking.

My understanding of how the RadioPopper system works

The RadioPoppers don’t add any functionality to the flashes. But they are essential to using the flash on location. This is because what the RadioPoppers do is to relay, via radio signals, the existing light-based (tiny quick pulses of strobe from the flash) communication system that the Canon flashes and cameras use. But if there is a lot of existing light (most situations other than a dark interior) or a significant distance or corner between any/all of the devices involved, then the Canon light-based system won’t work reliably. The RadioPopper system consists of a device that sits on top of the hot shoe-mounted Master flash and a separate unit that is mounted via an included plastic (ugh) cradle to the Slave/remote flash(es). The Master flash fires a pre-flash each time you take a photograph and this pre-flash is the control signal to the other flashes. The RadioPopper system captures this preflash light/information, turns it into a radio signal, relays that signal to the RadioPopper receivers mounted to the slave flashes and these receivers then emit out that original master pulse into those slave flashes. The Canon slave flashes are tricked into thinking they received a pulse from the master flash. And it all happens as fast as 1/8000s. It seems like it wouldn’t work consistently. But it does.

The options opened up by the system

I like how I can have 3 1/3-stop increment independently-controlled sources. The built-in Canon technology allows the photographer to control from the camera itself, up to 3 lights in either E-TTL (ratio and flash exposure compensation) or Manual (1/128 to 1/1 power settings of channels A, B and C). In addition, using ideas largely from David Hobby’s Strobist site as well as ideas we’ve come up with in the field, it’s great to have such control over the quality of the light. I’ve bought into the David Honl speedstrap-based modifier system, but there are a bunch of similar systems. The lights are very fast to set up and super-portable. At the end of this post I have some shots that show some of the things we’ve been able to do with the system.

It’s great to have a complete system for event and time-pressure portrait sessions. One inherent limitation of the 580 and other speedlights is that the actual light source is very directional and that even in a softbox, it’s very difficult to get the softer shadows and wraparound lighting one can get with real studio strobe heads. One other difference is that speedlights don’t give you a modeling light. So, for those two reasons, I don’t use this system for location corporate portraits indoors.

Success as well as a few issues

Our experience with the RadioPopper system has been excellent. We have very rarely had any issues with the electronics. It really is like magic, especially when one uses the system with the 5DmkII and 1DmkIV and the 580exII flashes. When those items are used, you are able to control all your remote flashes with the menu system on the back of the camera. While it’s more complicated to turn the Master/Slave flash mode on and off than it is on the 580ex flash (the 580ex has a physical switch to do that right on the flash), it’s much easier to configure the settings with the 580exII. It’s great that it works so well, since one has virtually no understanding of why it isn’t working since it’s all wireless electronic hocus pocus.

The only issue we’ve very rarely had is that the slave flash does not fire. Solution #1: the 1¢ foam donut has drifted in front of the crucial communication hole on the receiver/flash. We are investigating replacing the RadioPopper supplied donuts with something more rigid.  It’s absurd that such an expensive system hinges on a tiny piece of foam! We have to check their placement before every shoot. Solution #2: check the battery levels of the units in question. Solution #3: reset the devices. This can be done by toggling through the menus on the RadioPopper devices till Re (reset) is reached, and resetting them. This has worked for us on the rare occasions that the devices are not working.

Additionally, we always check the power level of our batteries for all the RadioPopper devices before leaving the studio. If any unit is at 7 or below, we replace the batteries. Once, in extreme cold, one of our crucial plastic cradles for the receiver unit broke. I called RadioPopper and said I’d like them to replace that one for free and that I’d also like to buy another backup one and they were cool with that.

My assistant Brent Knepper made some great gear images of the lighting kit that he and I devised.

Example Photographs shot with RadioPoppers and our small strobe system

These are some images showing what we’ve been up to with the system. A few are daylight fill but most are night/interior shots. 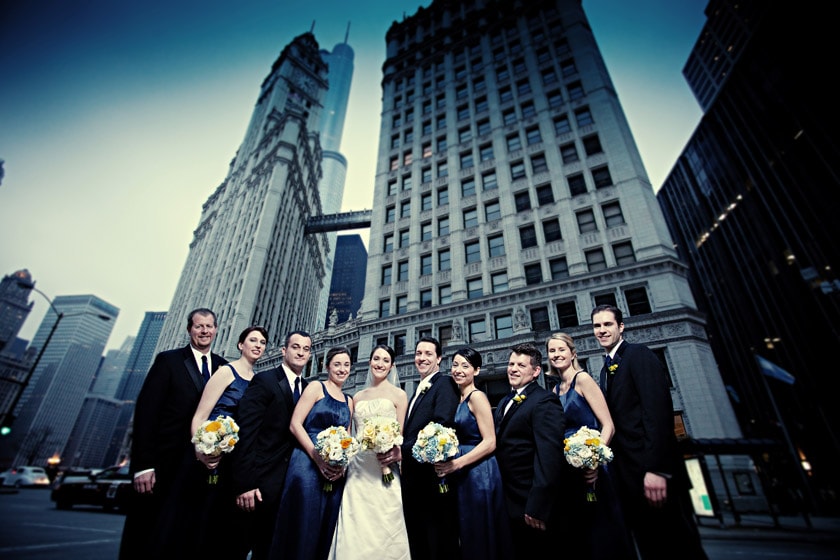 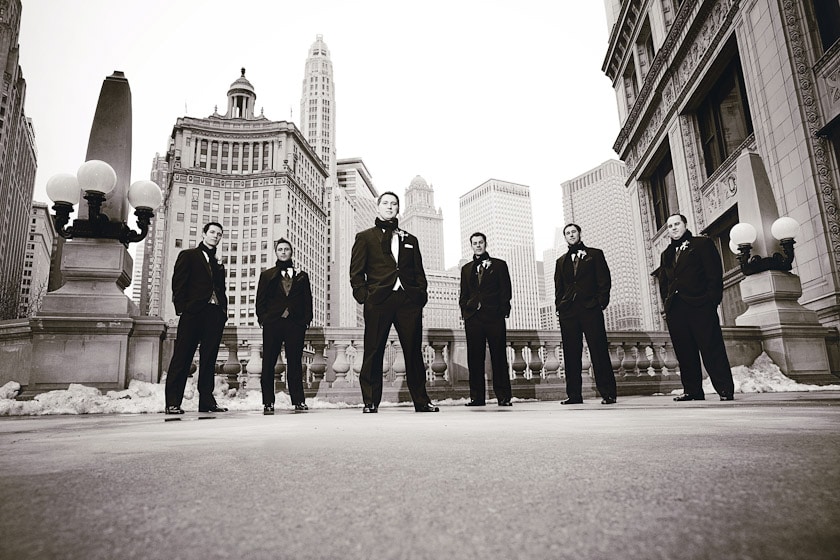 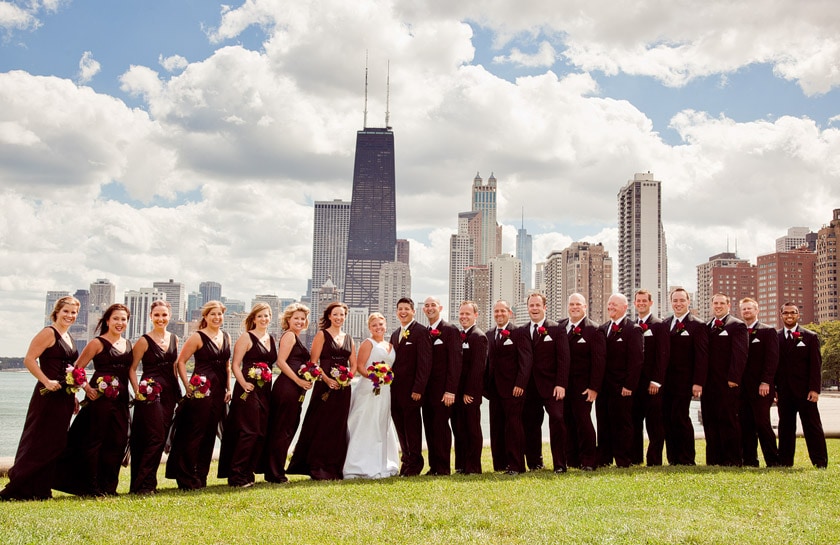 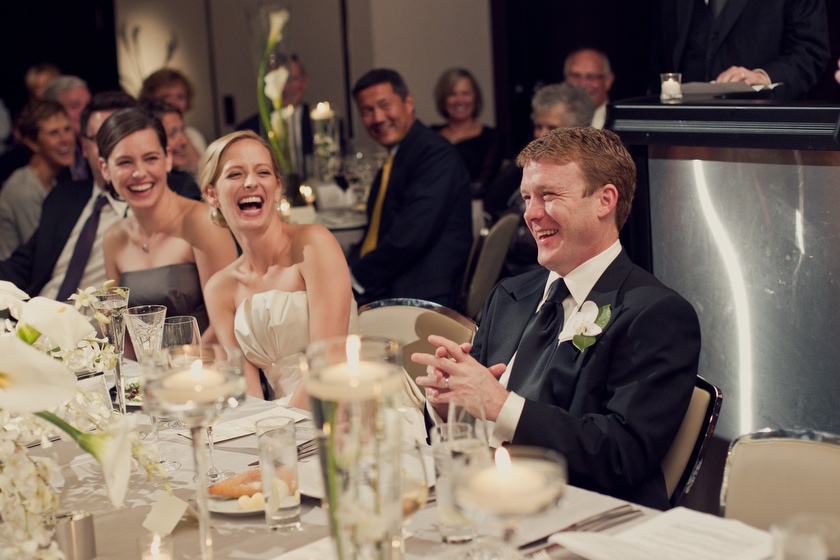 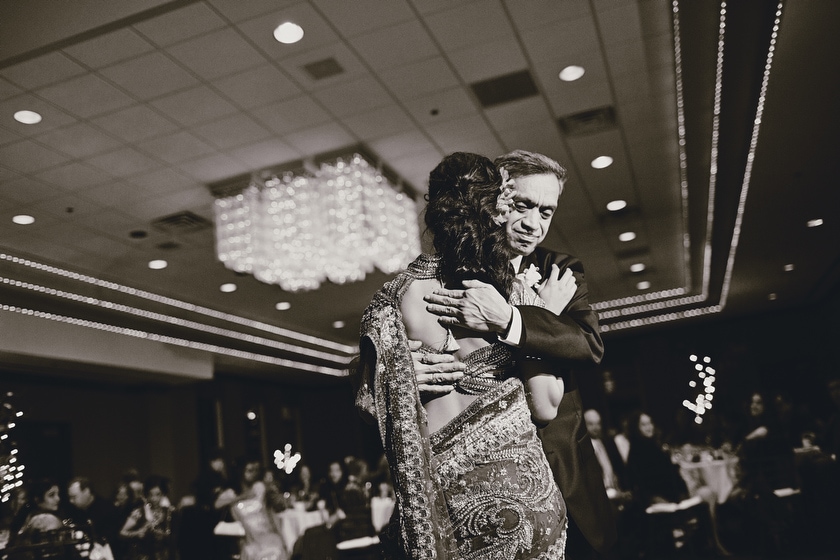 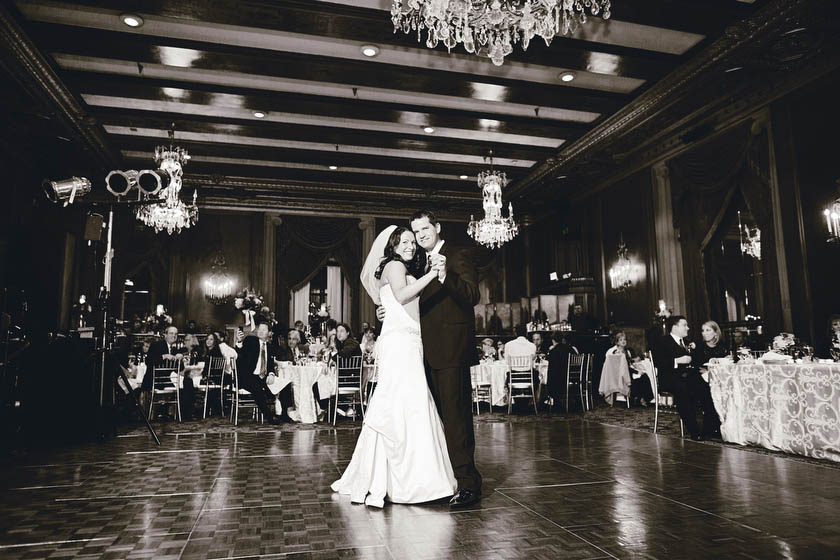 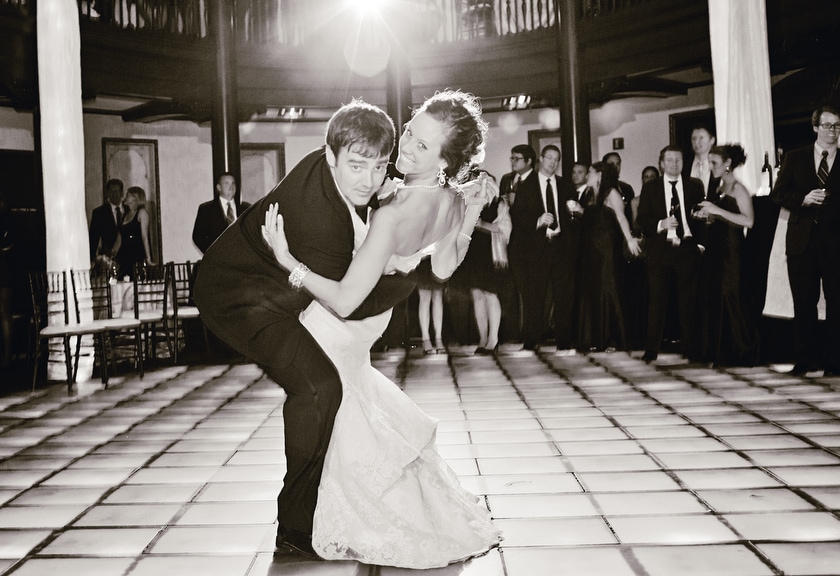 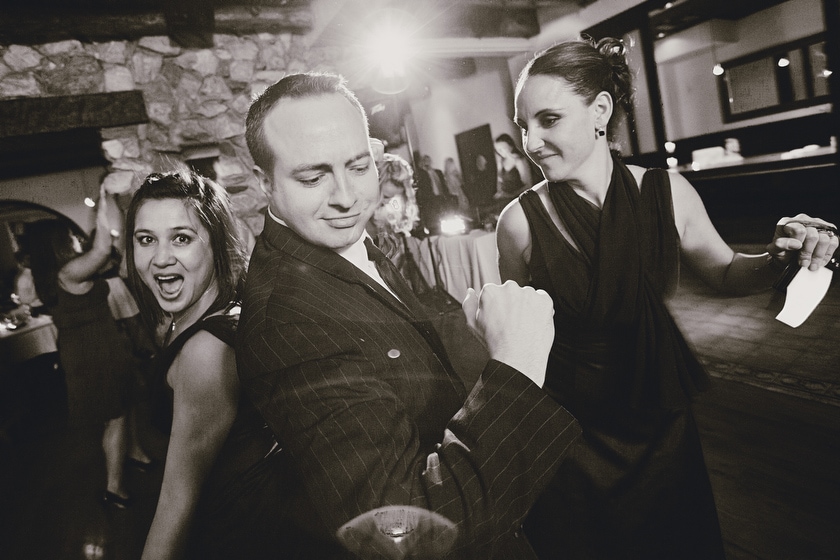 How can you do a safe group portrait during COVID-19? 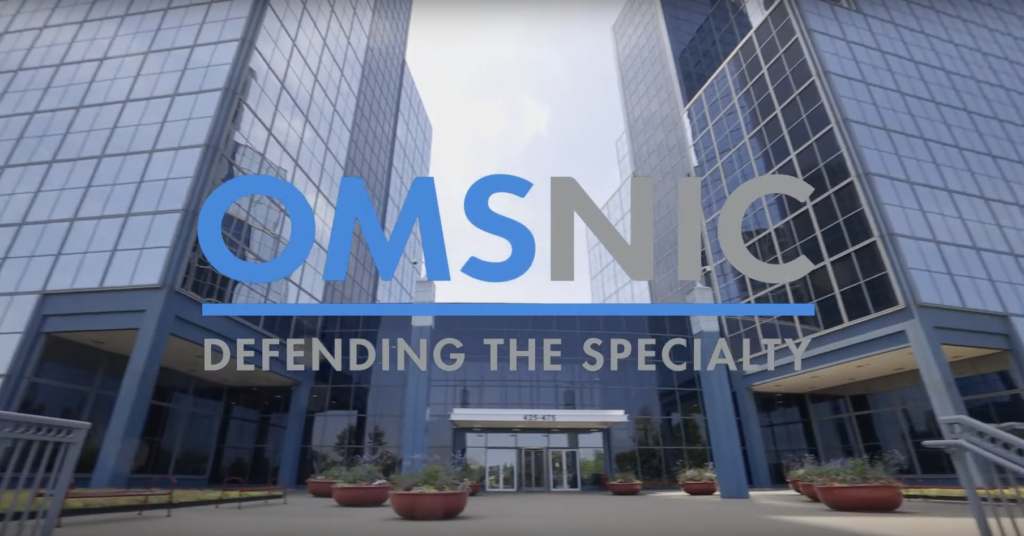 Re-Opening the Office: Video for OMSNIC

Downtown Chicago outdoor portraits while the city is empty 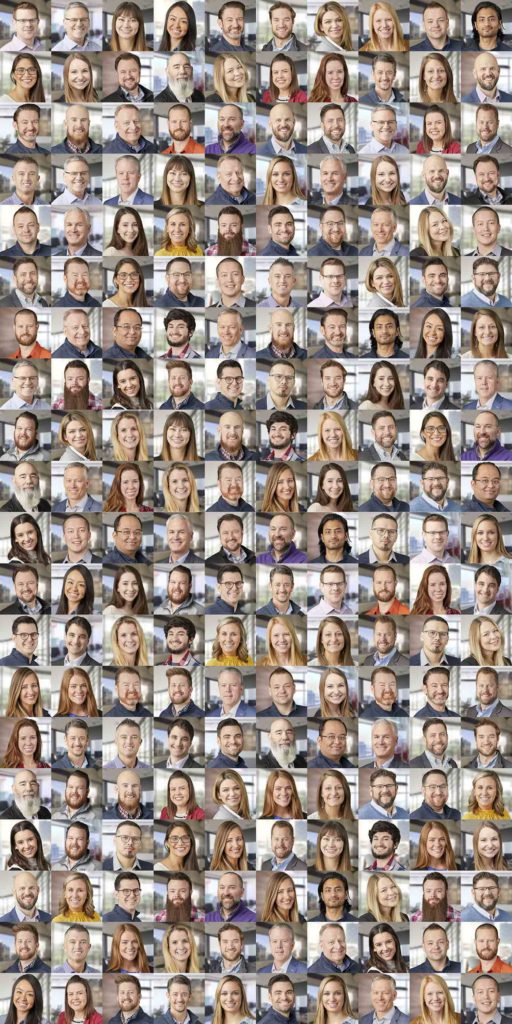 Success Story: Hundreds of headshots for AHEAD employees, all in a day’s work 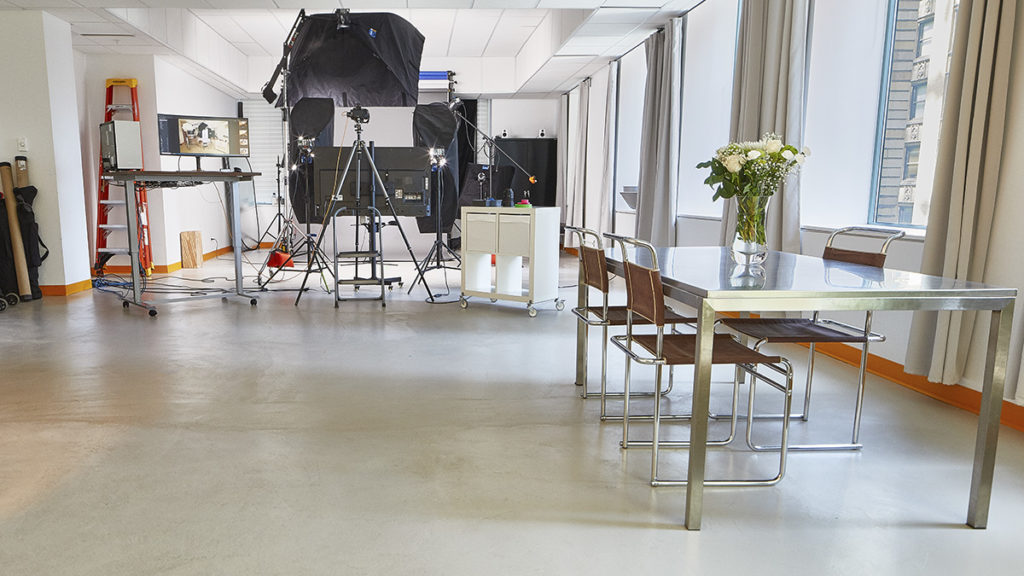 We Can't Wait to Work With You